The 4 Stages Of Spiritual Awakening 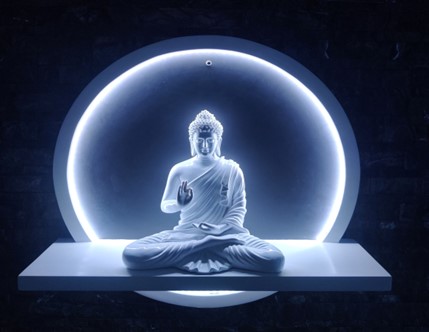 Reaching nirvana, or full awakening, is the ultimate goal in Buddhism. At this stage, you’re free of every worldly illusion and suffering and have eliminated greed, hatred, and ignorance from your being. It is also in the state of full spiritual awakening that the enlightened individual escapes the endless cycle of death and rebirth.

This cycle is known as Saṃsāra. Simply put, it is the Buddhist view of the world we live in. It is perpetuated and fueled by Karma, the future consequences of one’s actions. The cycle is seen to be filled with pain and suffering, and it is the goal of every disciple on the path to nirvana to escape it.

What Are The 4 Stages Of Awakening?

According to Theravada and Early Buddhism, two of the oldest Buddhist schools, there are four stages to full awakening. These include:

These stages are achieved progressively, with the earliest being Sotāpanna, and the Arahant representing a fully awakened person.

There are a few Buddhist schools with somewhat different teachings on how to attain full awakening. The one you choose depends on what you decide works best for you. However, note that Theravada Buddhism might be the purest (closest to Buddha’s original teaching) in existence.

It’s important not to link the 4 stages of awakening with any popular chakra system through your own understanding, as the Buddha never directly mentioned chakras in any of his teachings. Acknowledging subtle energies and learning how to harness them is best done with proper spiritual guidance, guru,or teacher.

Karen Sarandon is a mindfulness teacher and the proud mother of three beautiful kids. She is also a writer and the founder of Mother’s Guide Online. Passionate about motherhood, she spends her days teaching moms and expectant mothers to meditate and grow their mental strength. You can always find her doing one of three things: meditating, teaching chess to her youngest (Alice), or pouring decades of meditation practice and learning into an article.